The store will not work correctly in the case when cookies are disabled.
FREE SHIPPING on all orders North & South 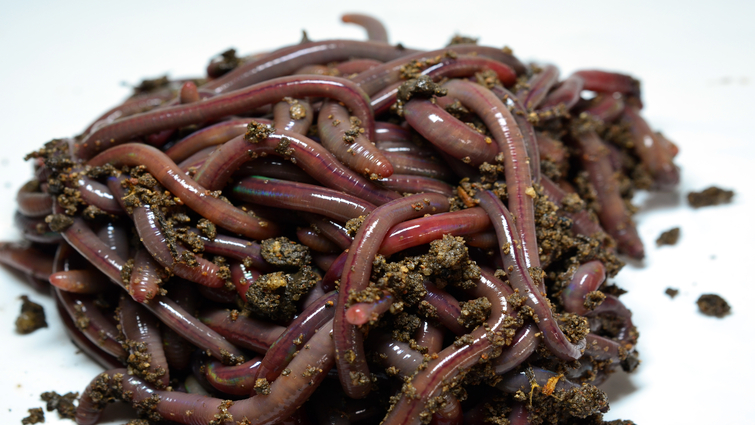 Have you ever wondered how soil made?

In nature, as rock is crushed into sand and clay, and organic matter from dead animals and plants are broken down into their raw elements it collectively starts to form what we know as soil.

Breaking down organic matter into soil is no easy task. It takes many different organisms to do it, each with their own specific niches and taste preferences.

By far the most well-rounded of these decomposers is the mighty earthworm.

Worm castings are quickly becoming one of the most common garden soil additives in the modern world. It solves 2 problems; it offers a cheap and highly effective organic fertilizer for your garden, and it significantly reduces the composting time of food and organic waste products.

Yes, worms eat the soil, digest its components, and excrete it out the other end. This makes worm castings essentially worm poo.

But it’s also so much more than that.

Unlike regular feces, worm castings don’t produce a bad smell. In fact, worm compost has a rich and earthy smell, the type you would expect from good quality nutritious soil.

How Important Are Worms?

Charles Darwin, the man who created the theory of evolution in the late 1800’s spent most of his life travelling to the far corners of the earth to investigate the flora and fauna that live there. Out of all of the animals Darwin had the pleasure of observing, he was particularly fond of the humble earthworm.

He even wrote an entire book on the subject, at one point stating “It may be doubted whether there are many other animals which have played so important a part in the history of the world, as have these lowly organized creatures”.

He was spot on.

Worms thrive on waste products, aerate the soil, and excrete extremely nutritious waste as a result of it all. You really couldn’t ask for a better companion for plants than the earthworm.

A worm can eat it’s bodyweight in food each day. Although this is a lot per worm, it wouldn’t offer much benefit to the ecosystem as a whole since worms are so small.

Thankfully, worms are extremely abundant. In any given area of land, there’s likely to be more weight in earthworms than animals above ground. Estimates suggest there can be anywhere from 20 to 200 worms per square meter of soil, and they’re certainly no slouches.

In the green fields of England, it’s estimated that worms there will pump out about 1,750 tons of castings per square kilometer. That’s a lot of worm castings!

We’re not sure if worms are even aware of their impact on the environment. Nevertheless, worms are soil-filtering machines. They’re extremely simple organisms with virtually no bells and whistles to their design.

They have one job, and one job only… to eat and excrete soil all day, everyday.

Here are some of the major benefits of earthworms on soil:

1. They Unlock Nutrients For The Forest

A worm spends the vast majority of its life eating, digesting, and excreting soil. Like anything you practice long enough, you eventually become very good at it. Well, worms are VERY good at decomposing the soil.

They eat everything in the soil as they slowly move along and will finish the decomposition of organic material at ANY stage of decomposition. From raw leaves, to partially decomposed flesh... worms are not picky eaters. This passes through their digestive tract which is sterilised of any bacteria, and breaks the components down into tiny pieces. The excrement of worms are highly bioavailable to plants, which quickly absorb the nutrients and turn it into growth or energy.

Although earthworms keep some of these nutrients for itself, the majority of it is excreted out the other end. One of the most important nutrients a worm releases is nitrogen. This is one of the main elements a plant uses to drive growth.

Earthworms eat decaying leaves and plant material, and release this nitrogen back into the soil. It only keeps around 27% of this nitrogen for themselves, leaving the other 73% in the soil.

2. They Aerate The Soil

Worms also create tunnels through the soil. This helps to bring oxygen down deeper underground to fuel root growth. It also provides a quick route for water to reach roots living deep under the soil.

3. They Blend Up The Nutrients In The Soil

Worms usually live around the top 10cm of the soil, however, when it becomes too hot or dry, they burrow down to greater depths where it’s cooler and dryer. Worms can travel as far as 2 km under the ground. As they move up and down, they carry different nutrients from one level to the next.

On a larger scale, a group of worms can have a profound impact on the distribution of nutrients in the soil all the way down to about a kilometer underground.

Why Use Worm Castings?

Worm casting is one of the purest forms of soil fertilizer in the natural world.

It’s clean, highly nutritious, and resists many of the unwanted pathogenic insect and bacterial species that commonly attack plants.

Worm castings are an excellent addition to your garden soil and an be used in combination with other types of soil or soil additives, as well as on its own.

How To Use Worm Castings

Getting started with worm castings is simple.

All you need to do is get some of the dark, earthy material and either add it directly to your pot or seedling trays, or mix it into some gardening soil. Most plants and seedlings won’t mind if you use pure worm castings, however, for succulents, and plants found growing in a dry environment, mix about 1 part earth casting to 3 parts soil.

Too much worm castings can cause over saturation of nitrogen, causing damage to the root systems of plants that aren’t used to the rich nitrogen content of worm castings. The same goes when mixing it into your outdoor garden at home.

You should start to see the direct benefits of the worm castings as early as 1 week. Plants respond to this like its a steroid, exploding with growth and improved green colors.